My brother-in-law, loves coffee cake.  There are several recipes for coffee cake in Grandma Dora’s recipe boxes and he keeps suggesting we try one.  One afternoon I was at Wendy’s house.  She had dinner in the crock pot, so I decided to make muffins to go with it.  Then, I remembered the coffee cake recipes and decided to try one of those instead.  The Koffee Kuchen looked a bit different than the others, so I thought I would try it out.

I then removed the egg whites to another bowl and creamed the shortening and sugar. 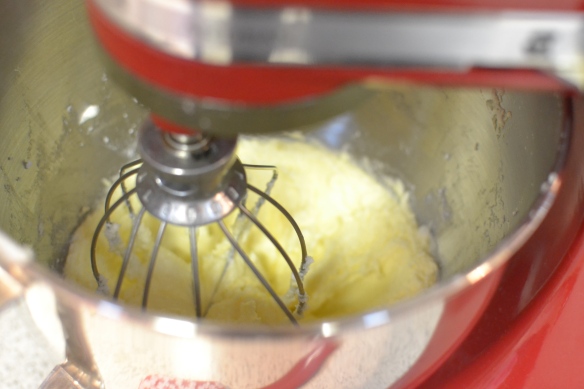 I added the egg yolks. Then, I combined the dry ingredients and added them to the creamed mixture alternately with the milk.  After that I folded in the egg whites and poured the batter into an 8 inch square pan (I did not line it with waxed paper although it is probably a good idea.). 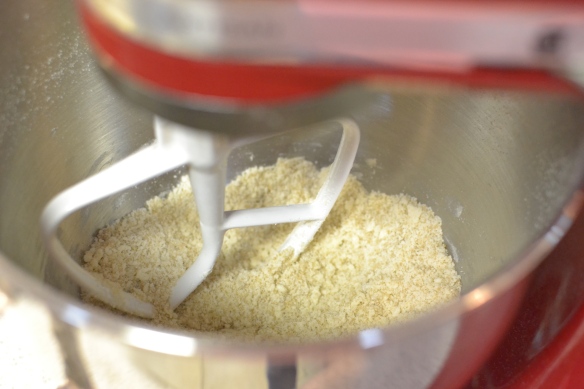 Then I blended the topping ingredients.  This was an interesting, a topping with baking soda in it.  I’d never made one like this before and was curious to see what it was like after it baked. 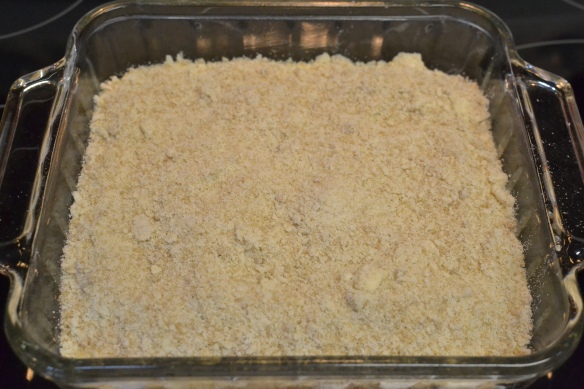 I sprinkled it on the cake and put it in the oven. 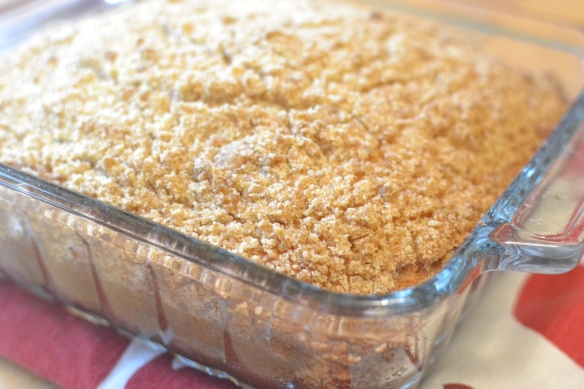 I baked it in the oven at 350 and after about 40 minutes it came out smelling and looking delicious.

It tasted different that a traditional coffee cake – there is no cinnamon.  It has it’s own distinct flavor.  Even though it was my brother-in-law’s request, my dad is the one who ended up devouring it!  Give it a try and serve it with coffee or just by itself.  I think you will be glad you did.